Hume Upper Goulburn District Championships were held on Saturday 4 February at Seymour Memorial Swimming Pool. Kilmore Swimming Club fielded a squad of 29 swimmers, ranging is ages from 8 to 36 years. The weather was prefect for racing the 92 events on offer, with Clubs going head to head to achieve Team points along with individual place honors.

Kilmore showed strong camaraderie from the outset to stamp their dominance early in the Championship. Many swimmers posted personal best times and by the end of the day, Kilmore was very well represented across the individual age groups winners.

Following the outstanding individual success, Kilmore went on to clean sweep the Team Awards, taking first place in Girls, Boys and Combined team scores. Two long standing records were also broken at the meet, adding to the excitement of the day.

Based on their performances at the District Championships, many Kilmore swimmers have been selected to represent District 22 at the upcoming 2017 Victorian Country Interdistrict Competition to be held in Melbourne in late February. 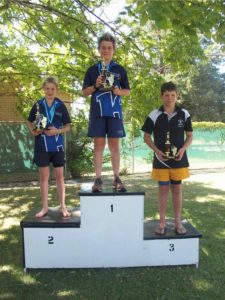 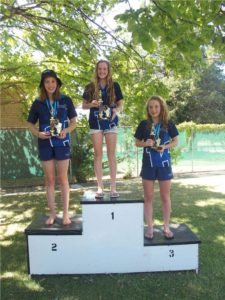 2017-02-20
admin
Share
Previous Victorian Country Championships 2017
Next All Juniors on the Podium!